APOLLO 1 PRIME AND BACKUP CREWS.
THIS PHOTO SHALL GO DOWN IN HISTORY AS ONE OF THE GREATEST CREW PHOTOS OF ALL TIME.
OF ALL TIME.

BBC's The Wonders of the Solar System begins tonight at 9PM on the Science Channel.

IT'S MOON LANDING DAY, Y'ALL.

The target dates were adjusted because critical payload hardware for STS-133 will not be ready in time to support the previously planned Sept. 16 launch. With STS-133 moving to November, STS-134 cannot fly as planned, so the next available launch window is in February 2011.

NASA will schedule the official launch date for each mission following the agency's Flight Readiness Reviews, which typically occur about two weeks prior to launches. All target launch dates are subject to change.

Click the link above and you can submit your name and photo to NASA to fly on board one of the two remaining space shuttle missions. 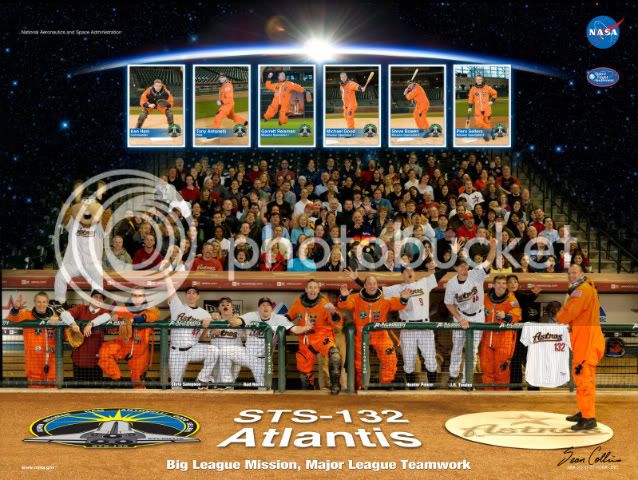 Gurl, I miss you already.

Because everyone wants to know.

MERRITT ISLAND, Fla. — Guenter Wendt, the last man many U.S. astronauts saw before lift off, has died at his Florida home of complications from congestive heart failure. He was 86.

Wendt, an engineer who became known as the pad leader and controlled the "White Room," a sterile area that led to the spacecraft hatch, was known for his jovial yet disciplined care of the astronauts. He died Monday morning.

He came to Cape Canaveral in 1959 and worked on the Mercury, Gemini, Apollo and shuttle launches.

His daughter Norma Wendt said her father was "extremely fortunate to be in the right place at the right time to make and be part of history."

Wendt retired in 1989 but recently traveled around the country to celebrate the 40th anniversary of Apollo 13. 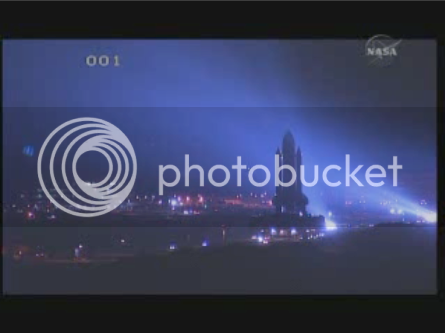 Space Shuttle Atlantis is rolling out to her launchpad right now.

all 5 episodes of the BBC documentary series "The Wonders of the Solar System" can be located for download here: http://fuckyeahspace.tumblr.com/post/501141183/if-you-missed-them-here-is-a-list-of-episode